Love thy neighbour: how do we ensure the bonds of community built up through the Covid-19 crisis persist beyond it?

Alex Smith, Founder and CEO, of The Cares Family, wrote this essay as part of the pamphlet Our Other National Debt: Repaying the people we owe the most after coronavirus. 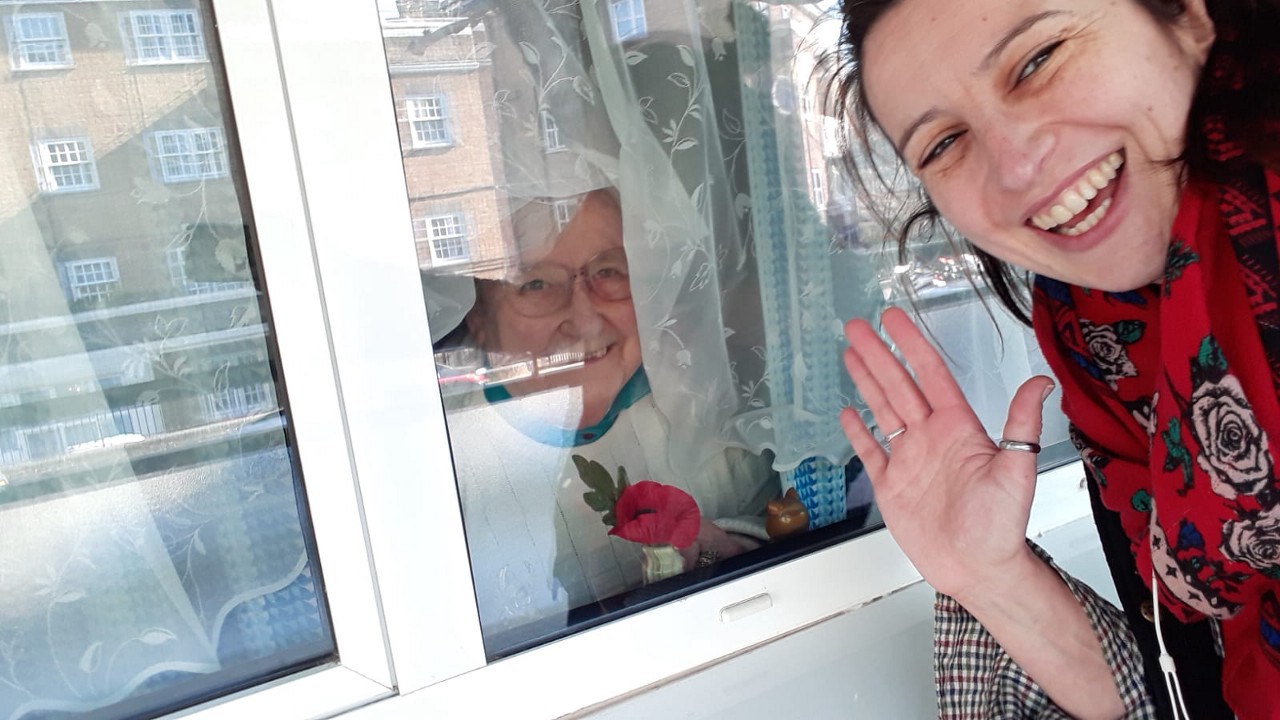 My friend Lil is 87. Dyed-in-the-wool working class, she was born and raised in London’s Cally Road district — the sort of rag and bone neighbourhood they really don’t make anymore. Lil is a diamond, with the accent and stories to match. She will regale anyone and everyone with memories of evacuation, of love and loss, hope and heartbreak, mischief and misadventure. I’ve never met anyone that wasn’t instantly drawn to her charisma.

But Lil is also the first to admit that she’s lonely to the point of desperation. Her only daughter lives on the other side of the world, and the love of her life, who she both found and lost in her 70s, is gone. Lil can’t bear to be between four walls. She can’t bear it to the extent that she will sit in a cab and drive around her block on a Friday night, just to have someone to talk to, and she’ll be dropped off at the local chippy just to feel part of the world, rather than left behind by it. Lil is far, far more scared of social isolation than she is of coronavirus.

Crises have a tendency to reveal things that we long knew were there, but which we’d been too blind, too scared or too selfish to do anything about. In 2008, that underlying trauma was inequality. In 2020, what has been revealed is the depth and breadth of our individual, collective and national loneliness, and the insidiousness of the broader social, economic, systemic and discriminatory disconnections that underpin it.

In the age of coronavirus, we are all lonely now. Around the world, over 2.5 billion people are on lockdown, trapped at home much like Lil. Whole economies have become inaccessible to swathes of people who don’t normally know what it’s like to go without. The result is that, in the past two months, we’ve all learned about the cycles of despair created by isolation. Depression and anxiety have increased. A fifth of us are drinking more. Domestic violence has spiked. Food poverty is increasing. Loneliness is driving new challenges to mental health.

But while we’re all in this together, some of us are in it more than others — and that’s not just the frontline health workers. The increased drinking is more prevalent amongst those whose lives are most stressful. The poorest families will suffer food injustice the worst. Loneliness will hit hardest the people who were not already well connected, including older people and people in social housing like Lil. Most shockingly, people of colour are suffering both the health and social consequences of this virus massively disproportionately. This new experience has revealed age old disconnections, inequities and oppressions.

The hope is that governments, businesses and foundations, at home and abroad, will have to act to rebalance the concentrations of power and powerlessness in our societies that create these injustices. There have been indications of this already. Most powerfully, the Prime Minister’s singling out of two nurses who came from abroad to power the NHS and his own recovery ‘by love’ set the tone for a new era of empathy across long-standing social divides, and action to put the situation right. Surely, those in power can no longer hide behind obliviousness to others’ lived experiences as one of the ‘deprivations’ of their privilege.

But without the pressure of a sustained social movement shining a light into the darkest places of our social, economic and racial inequities — and on the people who uphold them — can we trust those powerful institutions, which have so long been unaccountable for their actions, to act for the greater good once political expedience or advantage have run their course? For those who need a more equitable world — which is all of us — surely now is the time for a clean break from the past.

Lapel badges for care workers will just not cut it. It is already a badge of honour to work in the NHS or social care — to look out for and to appreciate the value in others. What key workers need are pay raises, the full cancellation of student debt, the right equipment, and a fully funded health service that prioritises prevention over cure. Beyond that, if we’re going to further recognise those at the front line of this crisis, let’s do it properly — with a national honours system that finally abandons the reference to Empire and replaces it with a celebration of the diversities of contribution.

More broadly, we need to turn this social care crisis into a social change opportunity. That will require nothing less than radical systems and culture change — to value and respect the people whose experiences have been so long marginalised or ignored, and to build new institutions that are inclusive, enabling, and fit for the 21st century.

At the national level, we should start by converting the now-defunct Department for Leaving the European Union into a Department for Connection, with the same £100 million budget to drive the recovery in communities and to harness the connections that have sustained us through this moment. The department would spur local activity and agency in the communities that need it most, drive new bottom-up research that captures the value of informal neighbourliness as well as formal volunteering, and fund new initiatives that build bonds and share capital across divides. A first priority would be to segment by postcode the 750,000 people who signed up to support the NHS but are presently ‘furloughed’ from that opportunity due to the government’s operational overreach, and to mobilise people to help out in their local communities in the longer term. The department would also look at the feasibility of a 1p levy on self-service checkout transactions, to fund projects tackling our disconnection crisis.

Second, we should create a Neighbour Day as they have in Australia — an ‘annual celebration of community, encouraging people to connect with those who live in their neighbourhood.’ With permission and less regulation, street parties would abound, and the value of human relationships seen during this crisis would be there for individual as well as global moments of crisis.

A role for us all

National decision-makers can do their part, but social security can’t call our parents for us, and government policy can’t on its own create more neighbourliness. So we also need culture change at the local level. It’s one of the great contradictions of British life that while 72% of UK adults believe that knowing our neighbours is important, 73% do not know their neighbours themselves. Our ‘keep calm and carry on’ mentality has led us to be passive to the point where we’ve allowed something we value deeply to diminish. So we each need to be responsible for our communities’ collective resilience and wellbeing — looking up from our phones, intentionally connecting across different life experiences and asking people we might never otherwise meet, ‘how’s your day?’ Doing that will improve our individual and collective wellbeing. More importantly, it will deepen our empathy.

Pushing back against this fundamental re-balancing of power and powerlessness will be an instinct to return to business as usual. Some politicians will continue to prioritise economic health over public health, GDP over wellbeing, what’s efficient for our businesses over what’s important for our communities. Those instincts risk taking us to more nationalistic or individualistic positions at a time when we’ve seen — now and in the past — that these moments call for togetherness at home and abroad. I’ve been reassured over the past month by senior business leaders who have told me ‘we will never, ever again forget the importance of community’, just as I’ve been reassured by the raising of empathy and the sharing of stories of connection by leaders, corporations and some elements of the media. It’s the job now of people in communities to hold those feet to the fire, to reject future austerity, to demand ethical economics, and to raise up new stories that spread the action, voice and power in relationships.

That’s how we’ll repay our other national debt — by recognising the richness in people’s lived experiences; by reclaiming space so that communities are for everyone; by shifting systems so that they’re more accessible and inclusive; by having a national conversation that is honest about our abuses of power over centuries; and by edging culture towards recognising and investing in the value and power in local relationships that lift people up. As Lil once told me, ‘it’s not what you know but who you know that counts — and it doesn’t take much to be kind to others.’

This essay is part of the pamphlet Our Other National Debt: Repaying the people we owe the most after coronavirus. The full collection including contributions from Kirsty McNeill, Roger Harding, Sonia Sodha, Imran Ahmed, Dan Corry, Kitty Ussher, Sunder Katwala and others can be read here.