The mental health charity and Connection Coalition member, Mind, has launched a new campaign which sets out the five tests they want the UK Government to take to protect the nation’s mental health. 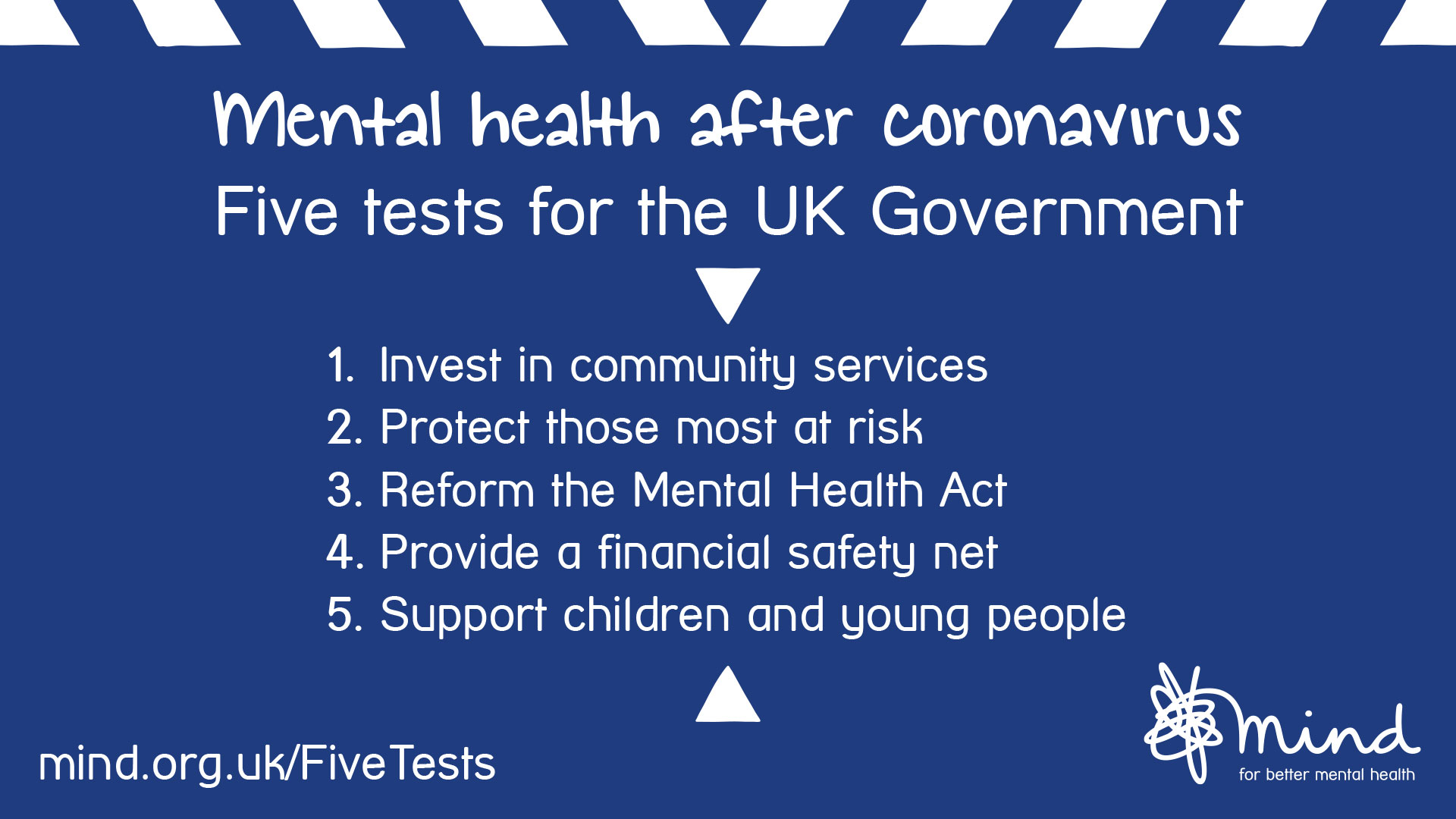 Mind have used this opportunity to publish Mind’s COVID-19 survey findings. Both the ‘Five Tests’ campaign report and survey findings are available at www.mind.org.uk/FiveTests.

Some of the findings on loneliness include the fact that loneliness has also been a key contributor to poor mental health – particularly for young people.

Mind argue that those in power can make the right choices to rebuild services and support to help make sure the society that comes after the pandemic is kinder, fairer and safer:

Mind say that this can only be achieved if the UK Government meets Mind’s five tests for putting mental health at the heart of the new normal:

Join Mind’s campaign or find out more at www.mind.org.uk/fivetests